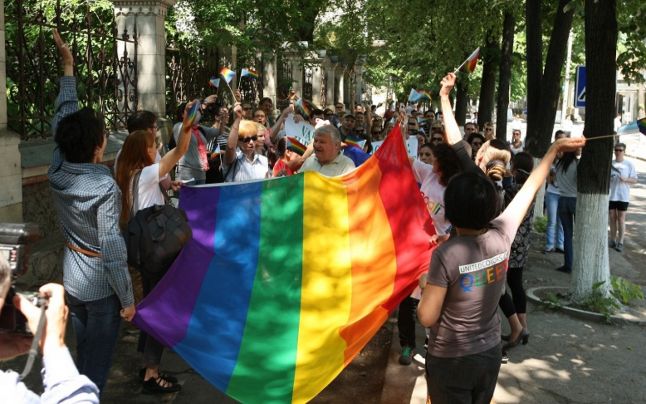 The organizations signing this letter protest against the rejection of the amendment for Article 4 of the Constitution of Romania by the Committee on Constitutional Revision of the Romanian Parliament. The rejection of this amendment means relinquishing the constitutional protection against discrimination, by excluding grounds such as sexual orientation, age or disability. On 11.06.2013, the Committee on Constitutional Revision of the Romanian Parliament (a parliamentary structure which proposes a preliminary text for the amendment of the Constitution to the Parliament plenary) has overturned the vote on the proposed amendment for „Art 4 – (2) Romania is the common and indivisible homeland of all its citizens. Any discrimination on account of sex, color, ethnic or social origin, genetic features, language, belief or religion, political or any other opinion, membership in a national minority, property, birth, disability, age or sexual orientation shall be prohibited.”, rejecting it, with only 8 votes in favour, in spite of the fact that, on 04.06.2013, during the initial vote, the proposal to include a comprehensive list in the non-discrimination clause had previously been adopted by the same committee with 18 votes in favour and 2 abstentions. We are worried that this change is not in conformity with the European values, being linked to the general tendency towards increased homophobia in Central and Eastern Europe.

The discussions that took place in the context of re-voting the amendment to Art. 4 evidence both the homophobia and the superficiality of the approach of the Committee in relation to a fundamental principle of constitutional law and an European value. The Committee ignores the results of the surveys indicating that homophobia is rampant both with adults and younger generations. Basically, the members of the Committee for Constitutional Revision deny the protection for the citizens who most need it.

Adopting laws based on homophobia means to endow personal biases with character of law. Prejudices are never a valid justification for restricting human rights and cannot constitute the basis for a democratic legal system. This development is seriously disquieting, in the context of the recent increase in public displays of hate towards the LGBT community, from the part of extremist groups, and the adoption of legislation aimed at restricting the rights of gay and lesbian persons in Central and Eastern Europe (Hungary, Ukraine, Russia). Therefore, discrimination and homophobic hate crimes are indirectly validated and encouraged by the silence of the Constitution.

In regards to the legal obligations that Romania undertook, at the international level, this decision is contrary to the principles of the Charter of Fundamental Rights of the European Union, which establishes an exhaustive list of protection against discrimination, including grounds such as sex, race, colour, ethnic or social origin, genetic features, language, religion or belief, political or any other opinion, membership of a national minority, property, birth, disability, age or sexual orientation (Art. 21). As a Member State of the European Union, it is mandatory for Romania to implement the provisions of Community law in the national legislation. The expansion of the lists of grounds that are protected against discrimination is also consistent with the provisions of the European Convention on Human Rights (Art. 14).

Moreover, the exclusion of the previously mentioned grounds for discrimination, age or disability from the Constitution places itself in contradiction the current national legal framework, which already recognizes and prohibits discrimination on account of sexual orientation, age and disability. The text that was rejected on 11.06.2013 was in conformity with Government Ordinance 137/2000 for the prevention and sanctioning of all forms of discrimination.

The fundamental law of Romania, a democratic, rule-of-law state, cannot be based upon knowingly excluding various classes of citizens. Equality before the law and the protection of human rights are amongst the principles upon which the very concept of the rule of law is established. Failure to grant constitutional protection to all the groups of people that are at risk for discrimination reveals the incapacity of the Romanian state to respect its commitment to uphold the principles of democracy and of the rule of law, both at the national and international level. We believe that, by adopting the amendment to Art. 4 of the Constitution, amendment featuring the extended and exhaustive list of grounds for discrimination, will be an important step for Romania, in regards to the integration of European values and to ensuring equality before the law. The fundamental law of Romania must become a Constitution designed for all the citizens of this country.

The signatory NGOs share common values, such as the respect for the fundamental human rights, non-discrimination, freedom, equality and are promoting democracy and the rule of law in Romania. We have decided to work together, in order to actively participate with documented viewpoints to the process of Constitutional revision.

Romanita Iordache, researcher, [email protected]
The NGO group is open to all those who share our values and principles. If you want to join us, please contact: Ovidiu Voicu, Soros Foundation, [email protected]